When Sam Dowdall visits rural communities, sometimes there will be a farmer people haven’t seen in weeks. So, armed with his white rescue poodle-cross Bo, his live-in 1971 blue van and a pair of scissors, Dowdall goes to offer them a haircut.

He’s on a quest to get all men talking about mental health, starting in the barber chair. 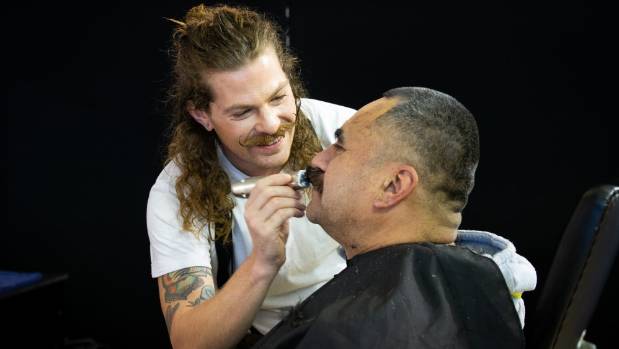 Known as “The Barter Barber”, Dowdall trades his haircuts for goods and services such as food or fuel. Or just conversation.

This year he’s at the 50th Fieldays, dishing up fresh haircuts in exchange for chats. 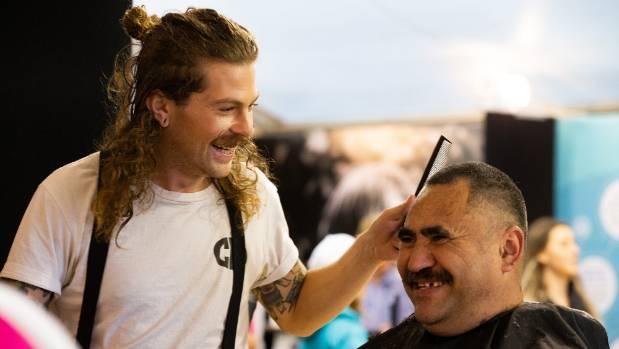 “I think a lot of guys here will say getting guys off the farm is quite hard to do,” Dowdall says. “That’s why Fieldays is amazing.

“I’ll be getting a call saying ‘yo, there’s a guy Matt at the bottom of a farm, nobody has seen him in a couple of weeks, we’re a bit worried about him.”

Most of the time they’re fine, but Dowdall likes hanging out with those he meets.

“We’ll start with a haircut, get to know each other, just hang out, like, chain smoke cigarettes or something.”

At Fieldays, he chats away, his green slacks hoisted up by matching suspenders, brown oxfords sticking out the bottom.

“Heeeeey, you here for a haircut?” Dowdall asks Green Party leader James Shaw who sidles into the Rural Health and Wellbeing Hub.

“Having the poodle and looking like this, I’m already really strange. Which means that they don’t take it seriously in the sense that I don’t look like a threat.

“It’s like a pet! You can just pat me,” he says patting his own head.

While Dowdall has lived with depression himself, his mission was prompted by those around him.

He reckons mental health is a spectrum.

“But because we don’t talk about it it doesn’t feel normal. You feel like you’re the most isolated person.”

And men are suffering an identity crisis that manifests as depression, alcoholism, domestic violence, he said.

“With feminism, women took a step back and said, do I believe in this role? We as men haven’t done that. So we get sold s… all the time, being a man. ‘Go buy this man yoghurt or man spray and women will be all over you’.

“But these are things. So when somebody says what is a man? Well, somebody has still got to tell me.”

4 Ways To Barter with Other Business Owner 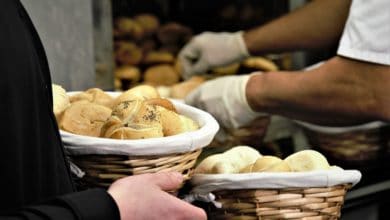 Barter Markets In The Midlands 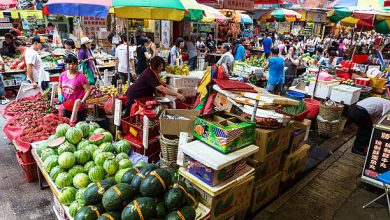 Great Tips for Bartering in Markets While Traveling