Investment guru Warren Buffet remains unsold on bitcoin and crptocurrencies. He doesn’t even consider buying bitcoin as investing and compares it to gambling.

Interviewed during Berkshire Hathaway’s annual shareholder meeting, Buffet explained his ongoing skepticism about bitcoin in an interview with Yahoo Finance.

“There’s two kinds of items that people buy and think they’re investing,” he said. “One really is investing and the other isn’t.” Bitcoin, he says, isn’t.

“If you buy something like a farm, an apartment house, or an interest in a business… You can do that on a private basis… And it’s a perfectly satisfactory investment,” he said. “You look at the investment itself to deliver the return to you. Now, if you buy something like bitcoin or some cryptocurrency, you don’t really have anything that has produced anything. You’re just hoping the next guy pays more.”

This, according to Buffet, is not investing, but speculating.

There is nothing wrong with speculating, he said. But speculating, in his view, is like gambling. If you want to gamble, someone else might come along and pay more tomorrow. But this is gambling, not investing,

Several years ago, Buffet called cryptocurrency a “mirage,” arguing that it was a “joke” to assign a value to something just because it can be used to transmit money. “Are checks worth a whole lot of money just because they can transmit money?,” he asked at the time.

“In terms of cryptocurrencies, generally, I can almost say with certainty that they will come to a bad ending,” Buffet said. He went on to say he’d bet on “every one of the cryptocurrencies” falling over the next five years. “But, I would never short a dime’s worth,” he added.

Probed further, Buffett stressed he wouldn’t take a negative position by trading bitcoin futures contracts, stating there’s “no reason” to do so.

“Why in the world should I take a long or short position of something I don’t know anything about?” he quipped, admitting to knowing very little of cryptocurrencies.

“You can’t value bitcoin because it’s not a value-producing asset,” Buffet warned in October, questioning strategists and hedge fund managers who believe Metcalfe’s law — a principle that states the value of a network is proportional to the square of the number of its user base — provides an effective metric for deciphering bitcoin’s value.

There’s a “real bubble in that sort of thing,” he added, echoing comments made by UBS earlier in October.

Not Impressed By ICOs

In December, he expressed concern that ICOs — which raised more than $3.2 billion in 2017 alone according to ICO tracker CoinSchedule — will not prove beneficial to the investment industry. “People get excited from big price movements, and Wall Street accommodates,” Buffet commented.

Binance CEO Zhao Changpeng recently said cryptocurrency is one area Warren Buffet knows nothing about. “Warren Buffett is a guy I truly respect from an investment point of view, but I do not think he understands cryptocurrencies at all,” Changpeng said.

“It is what it is,” Changpeng continued. “I still respect him in other parts of his expertise. But I think on cryptocurrencies he’s making a big mistake.”

Is Bitcoin The New Ransom

How To Travel Abroad On A Tight Budget 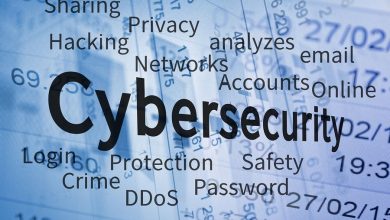 Is Bitcoin The New Ransom 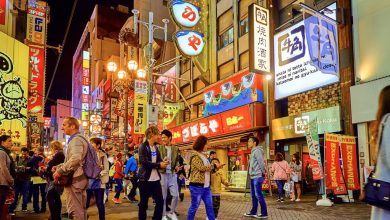 Why Is Bitcoin So Popular in Japan?